Shaken, in the Light of Real Events 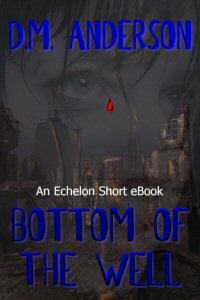 About two years ago, I finished my second novel, Shaken, about an Oregon coastal town ravaged by an earthquake and tsunami, as seen through the eyes of three teenagers. It is scheduled to be released by Echelon Press /Quake this August.

In the meantime, we all know what just happened in Japan recently.

No, I’m not the first author to write about an earthquake or tsunami disaster, but I did do a lot of research when outlining the ‘what if’ storyline. Now I’m seeing the same ‘what if’ scenario on TV every night, with countless quake experts offering their speculative insights on what would happen if a similar disaster struck the American coast. Essentially, I’ve been watching my own research on live TV.

And, no, I’m not looking at the release of Shaken as perfect timing, like a ‘ripped-from-the-headlines’ Law & Order episode. Quite the opposite. When I woke up to see the first news reports of the tragedy in Japan, my first thought was, “I can’t believe it actually happened.” When researching and writing the novel, I knew such a violent disaster had occurred before and would likely happen again. But I honestly didn’t think it would be in my lifetime, not on the massive scale I chose to depict in Shaken.

Shaken is intended to be a fast & fun story for young adults, and I sincerely hope it will be appreciated as such, even though it’s going to be released a mere five months after the tragedy in Japan, where thousands lost their lives. I’d hate to think the average reader would assume I’m an author trying to profit from such a catastrophic event (though I was permitted to amend the opening chapter to acknowledge the Japan quake). Based on previous reactions from friends and students regarding the amount of time it took for the publication of my first novel, Killer Cows (Quake), some may not take realize it would be physically impossible to write, submit, edit and release Shaken in such a short time. It is simply coincidence that real life and a work of fiction are happening at roughly the same time.

D.M. Anderson lives in Portland, Oregon, with his wife, two daughters, two cats and a neurotic dog. He teaches Language Arts at a local middle school, which is where he developed an interest in reading – and later writing – young adult fiction of various genres. When he isn’t teaching or writing, Anderson enjoys staying up late watching horror movies with his oldest daughter, and accompanying his youngest to her swimming lessons. Other interests include NASCAR, heavy metal music, zombies and Disneyland. Killer Cows, an homage to the old drive-in sci-fi movies he loved as a kid, is his first young adult novel. Since then, he has explored other YA genres, including action (a disaster novel titled Shaken) and horror (The Dark Ride).

This entry was posted in Guest Bloggers, Just for Fun. Bookmark the permalink.

One response to “Shaken, in the Light of Real Events”