What did you say? 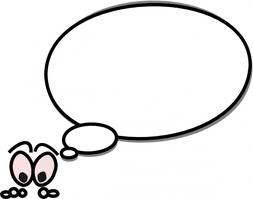 I recently read a blog post by another author about the large variety of different ways to say “said” when writing fiction. There were quite a few on the list, and while most were correct, several were simply incorrect. I’m curious to know what you, as readers think, after reading the following. Do unique dialogue tags impress you? Amuse you? Annoy you?

What is the one dialogue tag that you’ve seen that has stopped you cold in a book?

The problem with all these choices is that writers become lazy in their writing. When you choose to use physical actions as dialogue tags, you are taking shortcuts that will often leave a reader jolted out of the story. Things aren’t always simple, and many readers, myself included are very visual when reading a book. A few examples of what I mean are.

*spat is the past participle of spit. You do not spit words. You can spit while you speak, but take a moment to spit, now say a word, then try to say that word while spitting.

*flount is the act of treating with contemptuous disregard. It is an action, not a way of speech.

*guffaw is the act of laughing in a loud and boisterous manner. Again, guffaw then try to speak. It is almost impossible because of the manner of the action.

*a smirk is a smile or smug expression, a physical action. You can say something WITH a smirk, but to smirk something is just not a physical possibility since it is a an action not a tone.

*dazzling is an action that happens when you look into a bright light or the act of impressing someone. Again, it is not a tone it is an action.

*scrooge – a type of person. We all know what it means, to be miserly, how can you speak miserly? You don’t speak actions, you speak in tones.

*onomatopoeiad – while this certainly could be a tag, it is so outrageous in its attempt to be “different” that if I read it in a manuscript I was considering, I would stop reading and reject immediately.

Writers need to be aware of the huge difference between physical acts and tones. To use these words improperly is simply incorrect and there are entirely too many other ways to display what you are trying to convey when using them. And if you take a poll, you might be surprised to find that readers are often annoyed by a writers attempt to use so many different words to replace “said.”

This entry was posted in Blatherings, Creativity, Just for Fun, Writing. Bookmark the permalink.

7 responses to “What did you say?”