We are experiencing a time of great changes in the publishing industry. Having been e-pubbed since before there was anything but a computer to read an e-book on, and then being the proud of owner of a Rocket eBook with a couple of other readers after that and now a Kindle, it’s exciting to see the way e-books have gained popularity—finally.

The publishers I’m with do both e-books and print and in the past I’ve done better with the print books but I’m seeing the e-books gaining.

My marketing strategy has always been a combination of online promotion and in-person events. I’ve attended as many as four mystery or writing conventions or conferences in a year with all the expense that entails—airfare, hotel room, meals. In the past, I did some bookstore signings in places where I didn’t have to travel too far. Over the years those have become less and less successful. I like to do craft and book festivals and with these you never know, but for me they are always more successful than a straight book signing. Library events are usually good if I have a topic that will interest a lot of readers.

For online promotion, of course I do Facebook and Twitter, both fun and a good way to promote other online things you’re doing like blog tours and special sales—and you can promote the in-person events as well. I’m on a number of lists as well. For each new book I do a blog tour.

Now, that brings me to what my future plans will be.

For this year, I was signed up for a mystery conference that was cancelled; costing me a lot as far as my non-returnable airline tickets was concerned. I’ve spoken at the annual meeting of a local historical society (fun and sold books), I gave a presentation at two different chapters of the California Writers Club, and I have a book launch planned at a nearby used bookstore. (I’ve done four at this bookstore and they’ve been quite successful.)

My schedule from now on is full.

This summer I’m combining a vacation with my daughter and husband to go to Sedona where I’ve arranged for a library talk with another author as well as a bookstore presentation. I also am giving a talk at a bookstore in a mountain community where I take my own books for sale with a better discount than most bookstores give. This is a great independent and I’ve made friends with many of the locals who have also become fans of my books.

A big event for me is the Public Safety Writers Conference in Las Vegas http://www.policewriter.com because not only am I the program chair, but I’ve made friends with lots of folks in law enforcement who are a great resource. This conference is open to anyone.

I am going to Killer Nashville this year mainly so I don’t lose all of the money from the airline ticket I bought for the cancelled conference. I do have friends who are going to that one too. 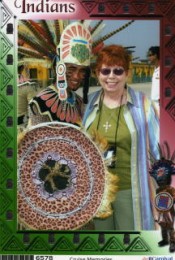 In September I’m going to be a presenter for the Central Coast Writers Conference. I no longer go to a writer’s conference unless I can be a speaker. I enjoy helping new writers. On Sunday after the conference is the annual Central Coast Book Festival and I’ve had a booth there for several years and of course I’ll be doing it again this year.

In October I’ll have a booth for two days at the Springville Apple Festival which is in the town I live in. This is a great event where I always sell lot of book. At the end of the month I’ll be starting on the Mystery Cruise to Mexico. This is also a writers’ conference. First time, so I have no idea how it will turn out—but cruises are great.

In December, I’ll have a table with my books in an Art Gallery along with the artist’s Christmas boutique. I’ve done this every year and each year it gets better.

As the year progresses, I’ve made some decisions about what I will do next year. Of course I’ll continue on with all the online promotion. I’ll read all my lists closely, especially Murder Must Advertise for new ideas. But I’ve decided that from now I’ll only go to conventions that are easy to get to which means Left Coast Crime in Sacramento will be my choice for 2012. Oh, I’ll still go to the PSWA conference because it’s in a place I can drive to—and being able to drive somewhere easily will be a decision maker as to where I’ll go.

I’d like to know what your plans include—and I hope that something I’ve mentioned may have give you some ideas for promotion you haven’t tried yet.

3 responses to “My Thoughts on Promotion Today (Guest Blogger)”