May I Please Go Here? 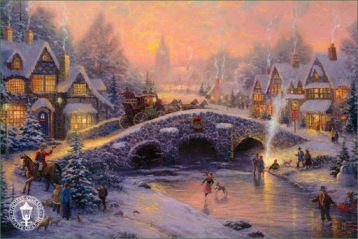 Well, I’ve been so focused on business lately that I have not given you a dose of my life. My husband and I recently went to Pakistan to visit his family. When we came home, we brought his parents with us. They are lovely people and we are enjoying their visit immensely.

However…I am not one who plays well with other children. I am quite selfish, and I prefer things to be my way…always my way! There have been lots of compromises and I am also not very good at that. Why is this important? Well, for you it really isn’t, but for me it is very important. You see, a couple years ago I converted from Christianity to Islam. It was a wonderful decision and one I don’t have any regrets about. It has made a huge positive impact on my life. The point…

I miss Christmas. I made a choice to stop celebrating Christmas because of the religious implications. Then I started doing some research and discovered some things about this particular holiday that I had always suspected, but never took the time to investigate. So, armed with a small bit of information, I concluded what I had actually known for years. Christmas isn’t, nor has it been, a religious holiday for me.

Missing Christmas has made me quite irritable and sad. It also makes me difficult to get along with. So, I think the safest thing for me to do is to go to a happy place. But since that is not possible, I have made a decision.

What is Christmas? For me it is Santa Claus, holiday parties, twinkling decorations, and presents. Lots of presents. SO what am I basing thins on?

The History of Christmas:

So where did it begin?

Over 4000 years ago, the Mesopotamians celebrated each new year with a 12-day festival, called Zagmuth.  The Mesopotamians, who believed in many gods, held this festival in support of their chief god, Marduk, because they believed that he battled the monsters of chaos at the beginning of each winter.  It is from this festival that the 12 days of Christmas is believed to have originated.

So how did they celebrate?

The ancient Romans held a celebration each year in honor of their god Saturn.  The festival, which they called Saturnalia, began in the middle of December and lasted until the first of January.  The Romans decorated their homes with garlands, as well as trees upon which they hung candles.  During the festival the citizens of Rome would visit each other’s homes and hold great feasts.  One of the theories of how the tradition of the giving of Christmas gifts came about was from the Roman practice of exchanging gifts between family and neighbors during the festival of Saturnalia to promote good luck.

What does it have to do with Jesus?

With all of this in mind, I am returning to the old ways and will once again be celebrating Christmas. Not for religious reasons, but…well hell, for the awesome decorations and presents. LOTS of presents.

This entry was posted in Blatherings, Just for Fun. Bookmark the permalink.

6 responses to “May I Please Go Here?”