Garrison Keillor had this to say about the question of how hard it is to write:

“Okay, let me say this once and get it off my chest and never mention it again. I have had it with writers who talk about how painful and harrowing and exhausting and almost impossible it is for them to put words on paper …”

I recommend you read the whole essay, then think about your own feelings about writing. Personally, I think he’s both right and wrong. He’s right because writing is easy—unless you don’t want to write. Then it’s hard.

I use this observation every time I start to think that writing is hard. I interpret that feeling to mean that I don’t want to write this particular piece. It might be because it stinks, or the subject doesn’t interest me, or it’s wrong. It might be because I’m sick, or tired, or just feel like playing with the dogs.

But, you ask, isn’t that the dreaded “writer’s block”? It might be, if writer’s block was real, but it isn’t. You don’t hear about “surgeon’s block,” or “bricklayer’s block,” do you? No, the writer’s-block myth is just another symptom of what Keillor describes as “… the purest form of arrogance: Lest you don’t notice what a brilliant artist I am, let me tell you how I agonize over my work.”

For more on so-called “writer’s block,” watch my interview on YouTube . 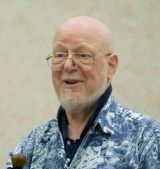 Writers aren’t that special. Everybody’s work hits snags from time to time. If you want to write (as oppose to wanting to have written), then you’ll find a way around these snags, and actually enjoy doing it. The principal way is to have a queue of many writing tasks, so if you’re stuck on one for the moment, you can switch to another. That’s part of my Fieldstone Method. (Weinberg on Writing: The Fieldstone Method.)

You can learn a whole lot more about Jerry Weinberg on his web site. It’s pretty interesting stuff. There is also plenty of info about his other books and works by visiting here.