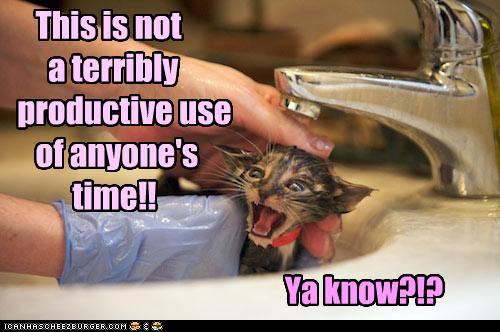 By now the entire world knows of the struggles and woes of Borders Corp. The bankruptcy, the closed stores, the dishonor. Yes, there is a crapload of dishonor.

Let’s talk about the bankruptcy first. The result of the latter mentioned issues have put the superstore company in grave danger of total destruction. Please keep in mind that this is only my take on the situation, but observations I have been establishing for many years. Borders claims to have run out of money, unable to pay their rent, or their vendors. They continue to order books from authors and publishers when they have no money to pay for them. Of course it has been my experience that they stopped paying their bills long before the bankruptcy. There have been plenty of complaints and actions against them for just this. This lack of money has fueled the fire under their big skillet.

Quite some time ago, readers were fortunate to have the option of going to Waldenbooks within their local malls to browse and buy books. Then everything at Borders changed and they began to kill off the Waldenbooks, first slowly, then whoosh, they were gone. These little gems of comfort and the only good service you could get from a Borders corp store were eliminated. Employees who had been in these stores for years and built relationships were uprooted and given the heave-ho. Readers lost their havens and publishers and authors lost many valuable places to actually sell books. These Waldenbooks either disappeared or were replaced by the little fart stores called Borders Express. We all know Borders stores as big superstores with lots of employees who have no idea what they sell or where to find most of it. Borders followed their misguided instincts and filled many of these locations with employees who neither understood or cared about the book business. How sad. Now, they have closed hundreds of their express and superstores.

Finally, there is the dishonor. Having built a reputation for bad customer service in their stores, they have gone on to excel at even worse service and tactics on their website, including Kobo. With the rise of eBook sales, it is only natural that Kobo use this venue to help finance its floundering company. Everyone knows that the distributor/reseller makes the bulk of the money with regard to eBook  sales. Yet, Kobo has felt it necessary to stick a red-hot poker into the eye of the very people who feed its coffers. The publishers and authors. Many other online sellers of eBooks have very strict rules about competitive pricing. If you price an item with them it cannot be priced any lower elsewhere. If it is, they will reduce their price to meet the competitor. Not that big of a deal, unless said discount affects the income potential from the other venues. Say you have a base retail price you must pay: $2.99 to receive a 70% royalty (this is part of a pricing agreement with the vendor that is not Kobo), which a publisher then shares with the author in the form of royalties. Kobo comes along (knowing full well what will happen when they price the $2.99 book at $2.69) and discounts the book, hoping to gain the support of the reader by charging less. What they have actually done, is they have forced the other venue to discount the retail price to meet the lower and knocked the item down from a 70% royalty to a 35% royalty for the publisher. It is not easy to split 35% of $2.69 with an author and keep them happy.

What Kobo doesn’t understand that when they back a publisher into a corner like this is that they force certain actions. One thing that could happen is that a publisher could remove ALL of its titles from the Kobo venue, thereby giving Kobo and Borders what they deserve: ZERO!

Another thing that could happen is that a publisher could write a scathing Blog post asking readers and eBook buyers NOT to make purchases from Kobo because it would kinda make them an accessory to premeditated robbery. That publisher could also ask readers to tell their reader friends who may not read said Blog about the unethical tactics of Kobo.

One would have to ask though, why Borders execs are not smart enough to know that if they want to save their sinking company they should be making friends and not bending publishers, authors, and readers over the proverbial cash counter without giving them flowers first.

This entry was posted in Blatherings, Business, Just for Fun. Bookmark the permalink.

27 responses to “Borders: You Break My Heart (Publisher Rant)”